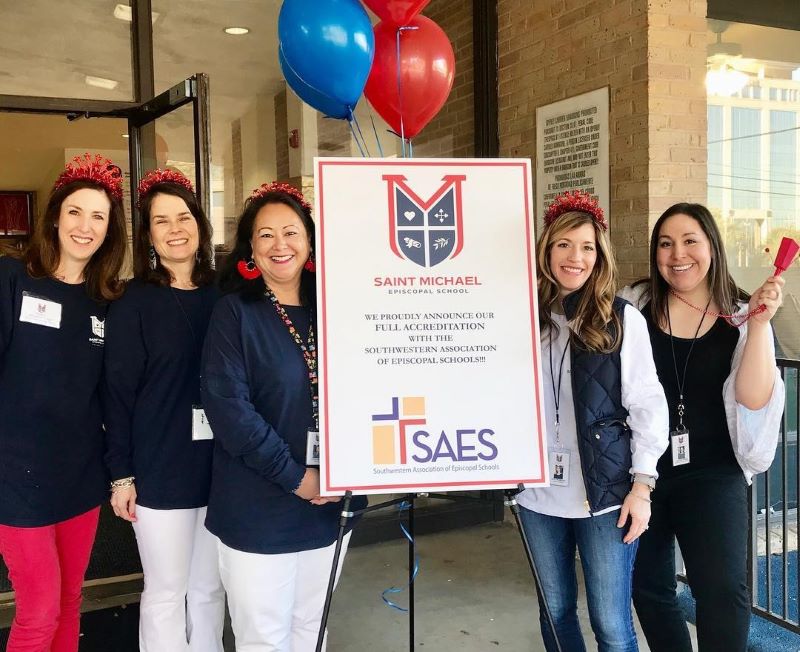 What are the principal qualities that distinguish a school as Episcopal?

This question, more than any other, is asked of NAES by Episcopal school and Church leaders, parents, and the general public. The answer is that they are Christian communities whose missions integrate spiritual formation into all aspects of the educational experience. Episcopal schools are most distinctive when they are true to this mission and when they do so in the graceful and inclusive manner which is the hallmark of the Anglican approach to education over the centuries.

All Christian communities, even the most ecumenical and diverse of Episcopal schools, are upheld by the basic principles of the Baptismal Covenant. As expressed in the Book of Common Prayer, this Covenant maintains that individuals and institutions are called by God to adopt certain fundamental disciplines and dispositions in order to embrace fully their basic identities. As embodiments of the Christian faith, Episcopal schools are created to be communities that honor, celebrate and worship God as the center of life. They are created to be models of God’s love and grace. They are created to serve God in Christ in all persons, regardless of origin, background, ability, or religion. They are created to “strive for justice and peace among all people and [to] respect the dignity of every human being.” These principles are the basis on which identity and vocation are to be defined in Episcopal schools.

Episcopal schools have been established, however, not solely as communities for Christians, like a parish church, but as ecumenical and diverse ministries of educational and human formation for people of all faiths and backgrounds. Episcopal schools are populated by a rich variety of human beings, from increasingly diverse religious, cultural, and economic backgrounds. In fact, the intentional pluralism of most Episcopal schools is a hallmark of their missions. It is also a distinguishing characteristic of these schools that they seek to integrate religious and spiritual formation into the overall curriculum and life of each school community. Episcopal schools are clear, yet graceful, about how they articulate and express their basic identities, especially in their religious curricula and traditions. They invite all who attend and work in them—Episcopalians and non-Episcopalians, Christians and non-Christians, people of no faith tradition—both to seek clarity about their own beliefs and religions and to honor those traditions more fully and faithfully in their own lives. Above all, Episcopal schools exist not merely to educate, but to demonstrate and proclaim the unique worth and beauty of all human beings as creations of a loving, empowering God.

In practice, these principles and ideals are expressed through

By weaving these principles into the very fabric of the school’s overall life, Episcopal schools ensure that their missions are built on the sure foundation of a Christian love that guides and challenges all who attend our schools to build lives of genuine meaning, purpose and service in the world they will inherit. – See more on the EPISCOPAL SCHOOLS WEBSITE.

We are grateful for your continued support of Saint Michael Episcopal School! Your gift to SMES ensures many of our wonderful and special programs continue for our children.